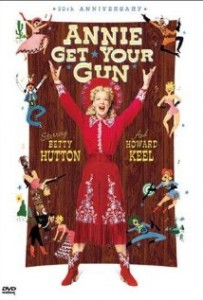 My husband was given a Gloxinia plant by a gentleman at our church over 12 years ago. 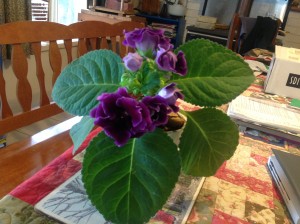 When it first arrived at our home I potted it up into the pot it is in now.  It has moved house with us 3 times and has lived on our window sills through the years.  It now resides on my kitchen window sill.  I haven’t dared to touch it again and put it into another pot in case I kill it.

This is the type of plant that grows beautifully during the spring and summer and then dies off to nothing during the winter.  We often think she has finished but low and behold up she grows again, year after year.

I don’t do anything with this plant, it is my husbands.  Now to set the record straight he is not an indoor plant type of person, this is his only one.

He waters it and tends it and calls it sweet names.  It is his Gloxy and his little sweetie.  He puts his used tea bags on the soil beneath her in the pot because he says she likes this and it helps her grow. He also puts sugar onto her soil to help sweeten her up and I really think it does.

When we first got her, she would have maybe one or two blooms, but over the years of his expert care she has given us more and more blooms each year. 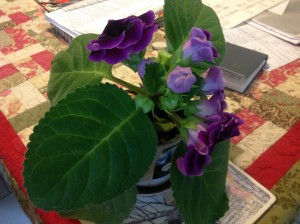 Now you can see she has two blooms open and there are maybe 5 more to come.  She has really blossomed under my husbands loving hand.

She (Gloxy) reminds me of our marriage.  As I washed my dishes today and cleaned down my sink I looked at her and thought the she is just getting better with age and so is our marriage.

Each passing year of our lives our marriage and union just gets better and better.  We are both blooming under each others loving hand.  We love each other more now than ever and want to spend as much time together as we can.  We love working together on our projects and if it isn’t something that we are both into we always support each other and give encouragement.

We add a little sugar to each others lives and it really sweetens us up.  This sugar is tenderness, caring and just plain old fashioned love.

There are also times when we die back a bit, due to harsh words from tired mouths, but in forgiveness and repentance we bloom again.

May your marriage be blessed as you live together and bloom and grow.

PS:  This post is printed with my husbands permission.