My Father passed away a little over 4 years ago and Mum went just under a year later.  Dads death was a bit of a shock as it was mum who was in hospital at the time.

Our family was just getting ready to head up to visit them (we live in Victoria and they lived in Brisbane – 1800 kilometres apart and we used to visit once a year in August) and I had rung dad on the Monday to say we would be there around lunch time on the Tuesday to pick him up and then take him to the hospital to see mum.

Dad answered the phone but was unable to speak to me.  I rang a couple of times but it was the same each time.  I rang my brother who lives in Canberra and he thought it probably had something to do with his hearing.  Dad had hearing problems since he was 25 and had worn hearing aids from that time.  I wasn’t convinced that this was the issue but as a friend was going to be there an hour or so later to take him to see mum we weren’t too concerned.

We left to travel to my friends house where we would stay the night before getting on a plane and flying up to visit (this town was 2.5 hours away).  On the way my brother rang and said that dad had a stroke and was now in Hospital.  This was why he couldn’t talk to me when I rang.

There wasn’t much we could do, we couldn’t get new flights so we decided that we would keep our plans the same and leave early the next morning as arranged.

My brother rang again at 4 am the next morning to state that dad had a cerebral hemorrhage and wasn’t going to live too much longer. His family left Canberra (800 kilometres from Brisbane) and flew up early the Tuesday morning and arrived at about 9 am.  They managed to see dad before he passed away (he was unconscious though).  We got on our flight and arrived in Brisbane at 11am.  My brother rang me just as we got off the flight to say that dad has just passed away.

The next week or so was quite hectic what with organising the funeral and seeing to mum who was still in hospital.  We spent quite a bit of time trying to organise a place for Mum as we didn’t think her capable of living alone.

To cut a long story short, mum came home after a couple of weeks and then lived at home until 2 weeks before her death the following year in July.

Once again we were coming up to see her and were told that she would only live 2 weeks.  So the waiting started and we put off our flights home.  Mum lived for just over 2 weeks and it was a pleasure (for want of a better word) to spend one on one time with her at the pallative care unit in the hospital.

My point in telling you all this is that I encourage you to talk to your parents and glean from them the history of your family and their upbringing.  There have been things that I have wanted to know, things that I never thought of before but now there is no one to tell me.

My brother and I were adopted as Mum had a hysterectomy when she was in her 20s, or so we thought, but we found documents that said she was in her late 30s.  Now this isn’t a big issue but it does make me wonder what other stuff we might one day think of and can’t get answers for.

Mum was an only child and dad was the youngest of 3.  Dads siblings have all passed away and because they were in their 40’s before they adopted us, all our cousins are in their 60’s and I don’t even know half their names.

Maybe you could help your parents or grandparents or just encourage them to write down their past, maybe just a bit of a history about their childhood.  I would love to be able to tell our youngest 2 about dad and mums schooling and what they ate for lunch etc, or what it was like to grow up in the pre-war years and then what it was like during and after the war.

Sometimes we can learn and grow so much from what happened in the past that it is a pity not to have a history of it.

Have you got a history of your parents/grandparents lives??? Have you thought about doing this?? 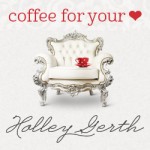 8 thoughts on “GLEAN FROM YOUR PARENTS”