Here’s the recipe to go with the canned pumpkin.

Beat eggs on high speed for 5 mins.  Gradually beat in the sugar. Stir in pumpkin and lemon juice.  Combine flour with the rest of the dry ingredients and fold into pumpkin mixture.  Spread in a 10 x 15 inch pan lined with baking paper.  (I spray the paper with cooking spray so that the cake doesn’t stick)

Bake for 10 – 15 mins at 180 degrees.  Do not over bake.  Loosen edges with a knife and turn onto a towel that has been sprinkled with icing sugar.  Remove baking paper.  Starting at narrow end, roll towel and cake together.

Beat filling until fluffy. Spread over cake and roll.  Chill.

This recipe is linked to 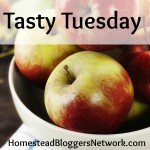